Thermomodernization the 21 objects of Pomeranian self-government 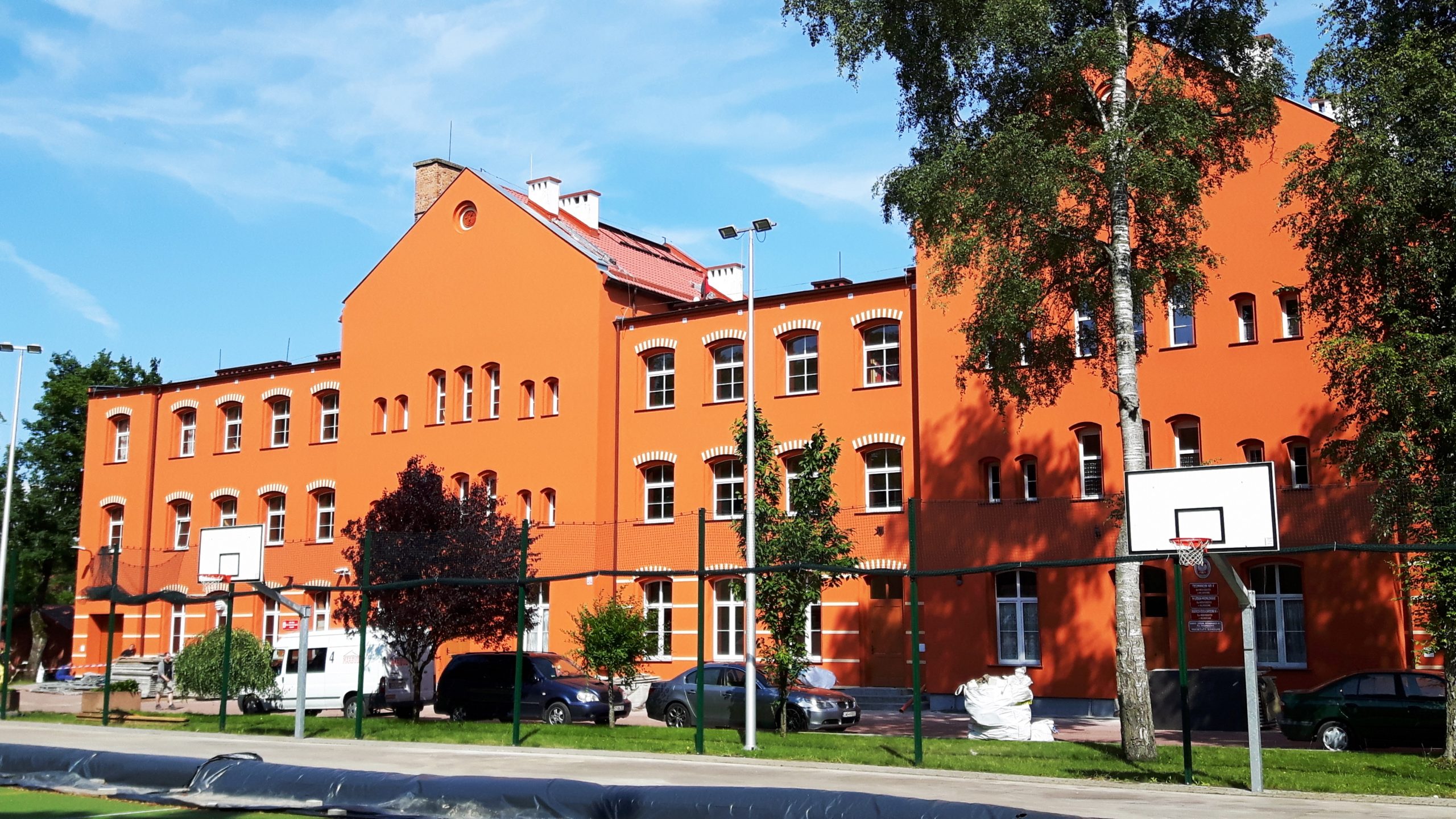 For the last 2 years, the company 2SUN in a consortium with the MARBUD company has been involved in the “Thermomodernization of Pomeranian self-government facilities” project co-financed from the European Union – European Structural and Investment Funds.

21 Pomeranian self-government facilities were included in the project.

In all of these facilities, the thermomodernization of buildings and installations was carried out, as described in the further part of the article.

THERMOMODERNIZATION OF THE BUILDING

Thermomodernization of the building consisted in insulation of walls, ceilings, roofs and floors. The most common building baffles were supplemented with another, thicker and better quality layer of thermal insulation material, such as reinforced polystyrene or mineral wool.
Often, in these facilities, it was necessary to replace windows and doors, so that through the leaky, poor in terms of thermal parameters window and door woodwork did not escape from the inside a significant amount of heat.

MODERNIZATION OF THE INSTALLATION

Modernizations were included to installations such as:

Modernization of the ventilation system included in changing the existing natural (gravity) ventilation system to mechanical ventilation with recuperation or heat recovery. The location of the air handling unit was carefully thought out to take into account the specifications of the building and the size of ​​available free space. In the objects discussed, the air handling unit was located on the roof, attic or directly on the premises, along with securing it against the influence of external factors. 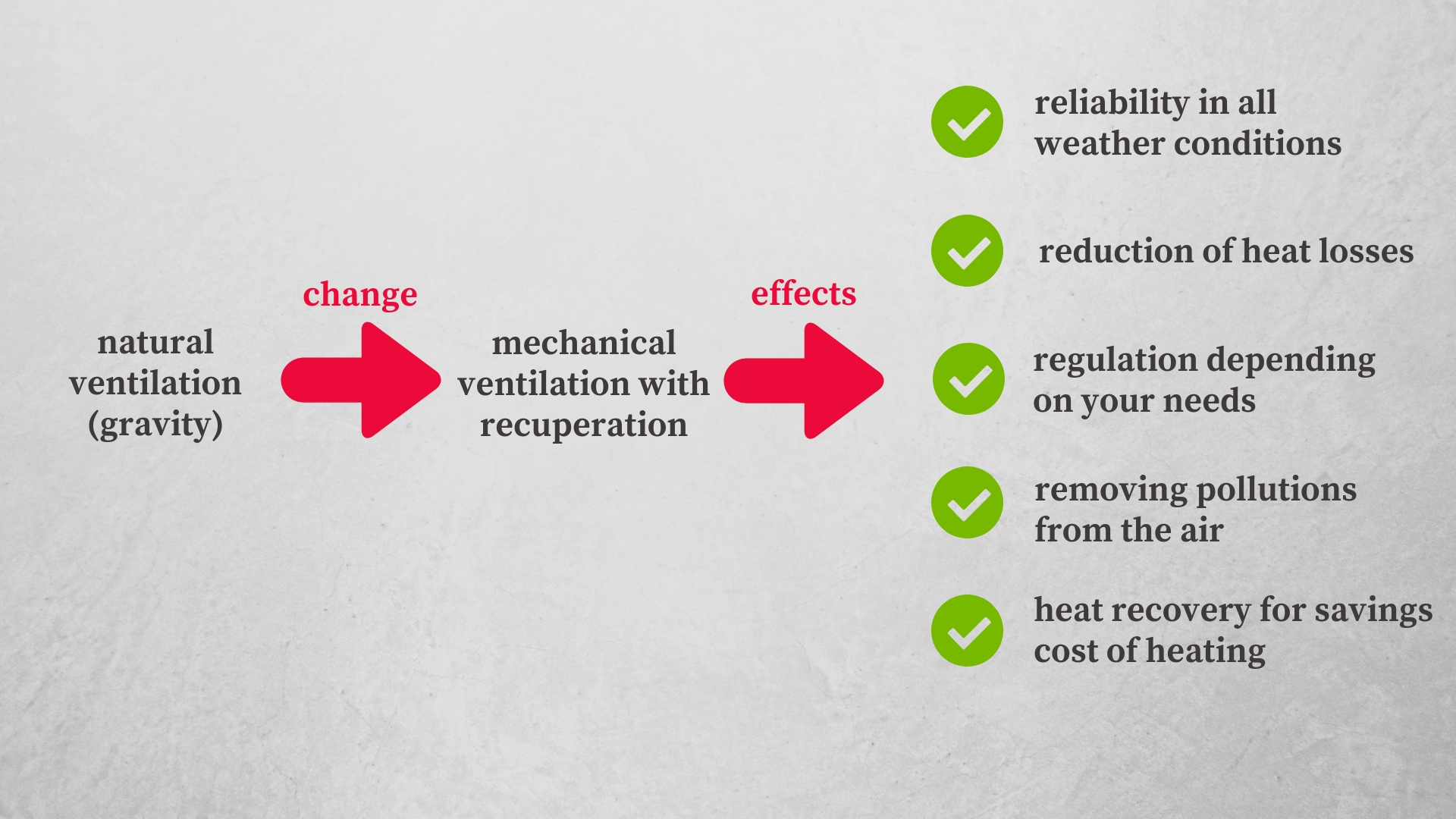 Modernization of the heating installation included in replacing the currently used heat source with an ecological system or expanding the current source. In the above mentioned objects, the source of heat were a non-ecological-coal, oil or  electric boiler. Various solutions were applied depending on the type and specification of buildings, also taking into account the convenience and expectations of the users. The heat sources have been converted into a gas condensing boiler (along with making a gas connection), a boiler for biofuel (pellet), a heat pump or for a substation. In some cases, it was enough to expand the current heat source, eg a node with additional circuits. As part of the modernization of the heating installation, old, inefficient cast iron heaters. Favier heaters together with the entire piping of the installation and fittings were replaced for new plate-type. 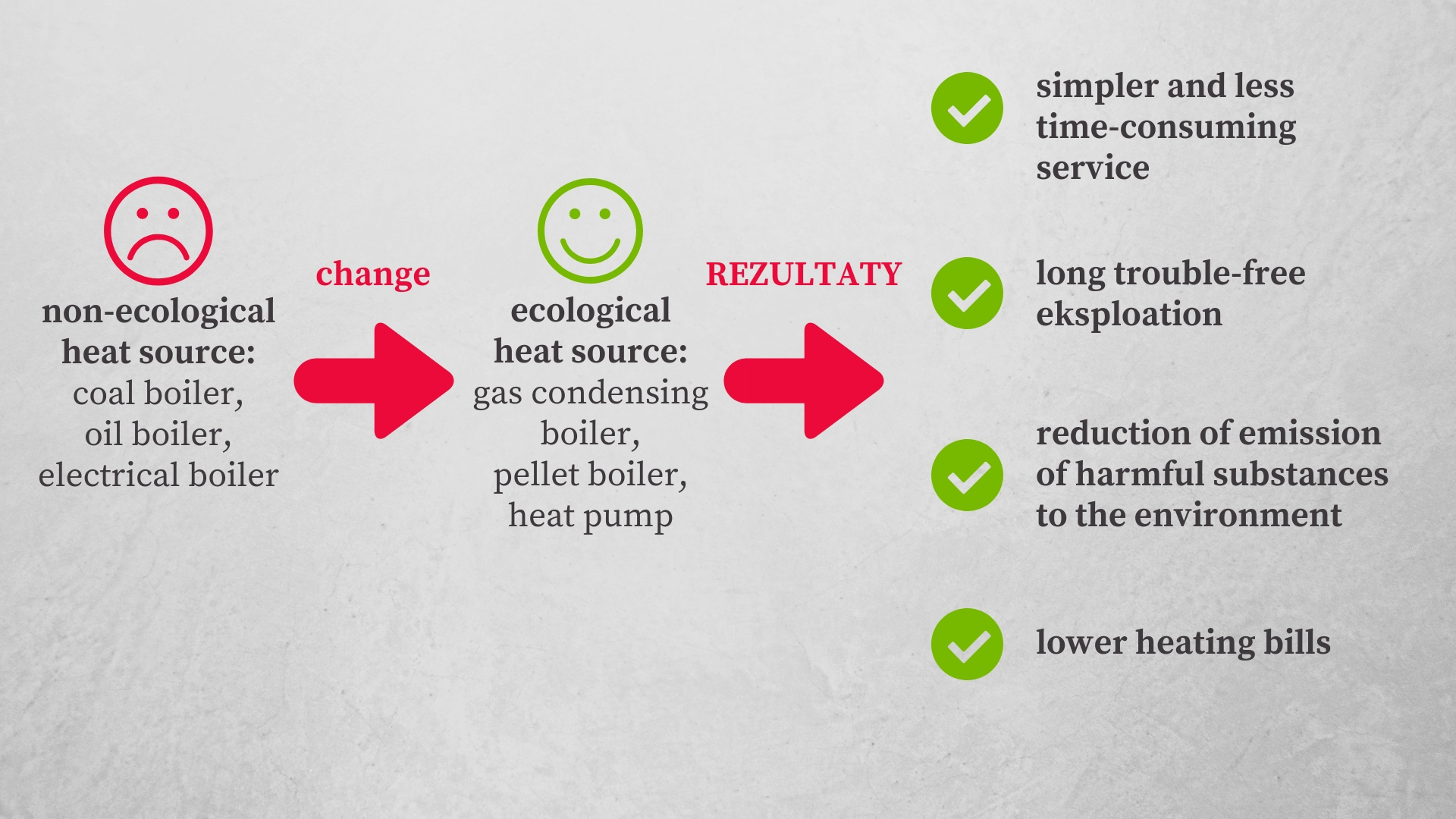 The modernization of the domestic hot water installation included in the replacement of pipes, fittings and some cases taps. In some facilities a renewable energy source was used – solar energy through the use of solar collectors, which support the heating of hot tap water, and thus reduce the operating costs of the installation.

The modernization of the electrical installation included of replacing old electrical wiring with new ones, changing the lighting fittings, making and adjusting control automatics. Solar energy was used in some facilities by means of photovoltaic panels generating electricity, which contributed to the reduction of bills from the electricity supplier. 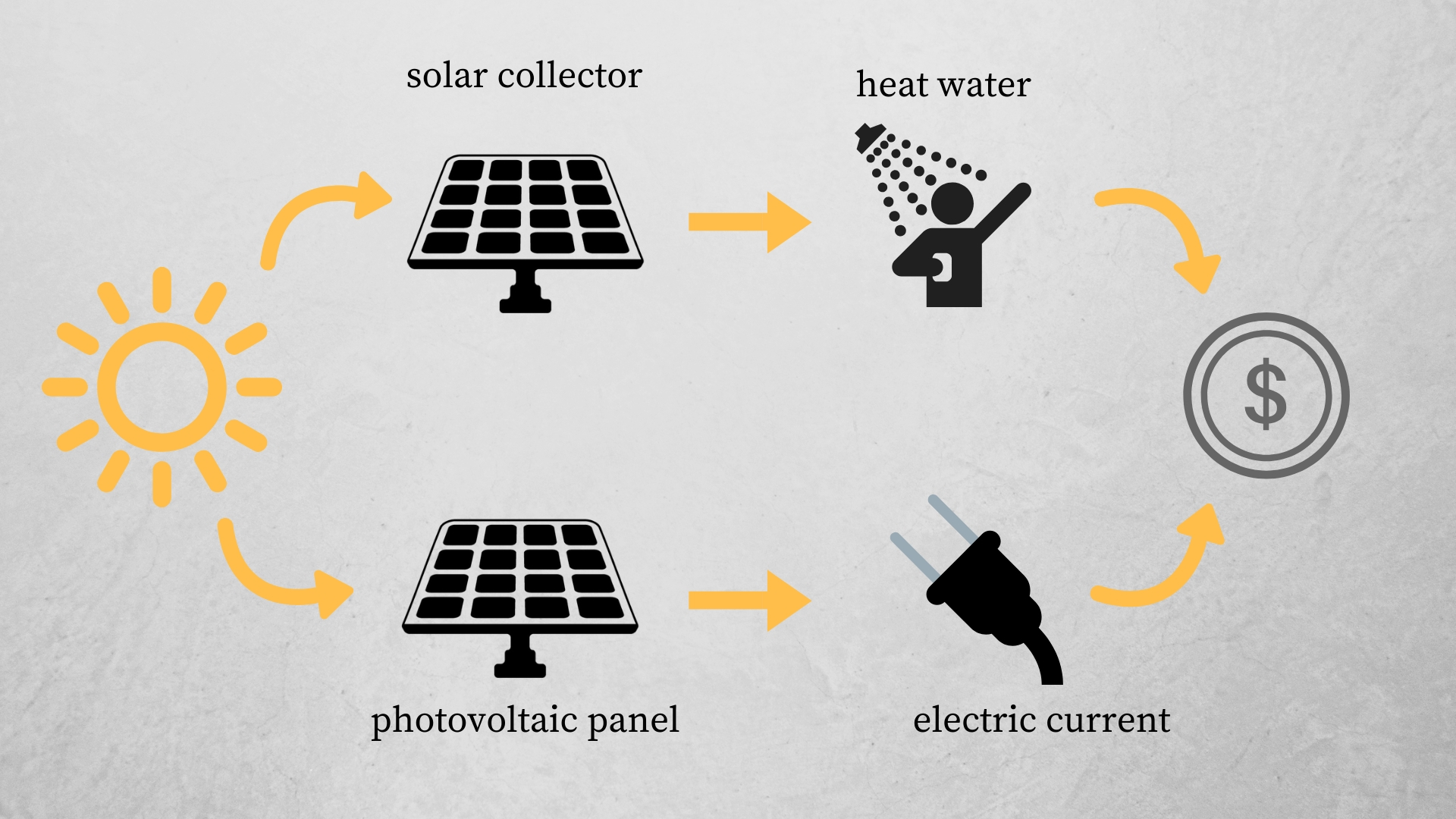