Modernization of the heating node, central heating installation, hot utility water installation and circulation at Primary School No. 31 at 227 Chylońska Street in Gdynia 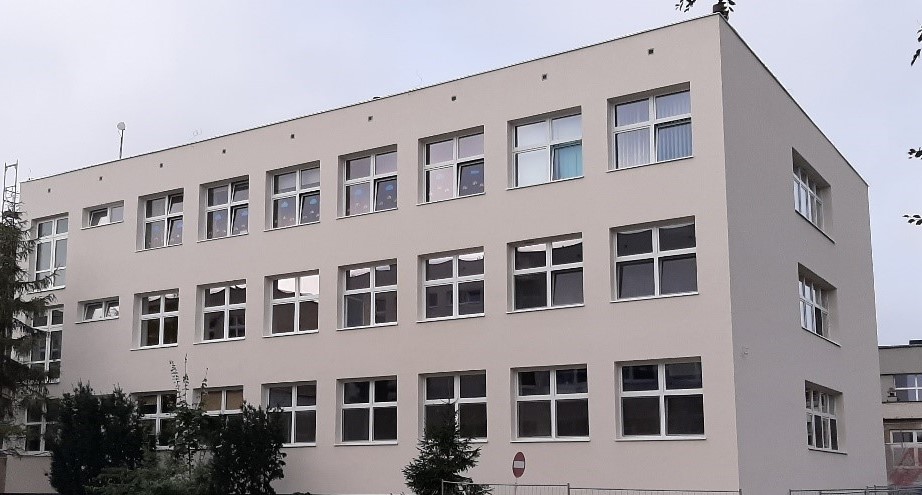 Modernization of the heating node.

The old heating node was replaced with a new  a node based on plate heat exchangers for central heating and domestic hot water (so called compact node) . The pipes were separated from the threads were led to specific parts of the building. In intermmediate distributors, they were again divided into levels and then heating system divisions.

Modernization of the heating installations.

All ribbed heaters were replaced with plate heaters and the damaged panel heaterrs were replaced (480 pices in total!!!). All radiators have dynamic thermostatic radiator valves, independent of pressure changes in the system. All the central heating system pipes have been replaced.

The levels of the domectic hot water system have been replaced and circulation and the main risers from which the existing installations in the rooms are connected. All plumbing pipes are thermally insulated with polyurethane foam. Additionaly, thermostatic valves were nstalled on the main circulation branches to regulate flows and limit the circulation of hot water. The missing aerators were installed on the washbasin faucets and spouts.