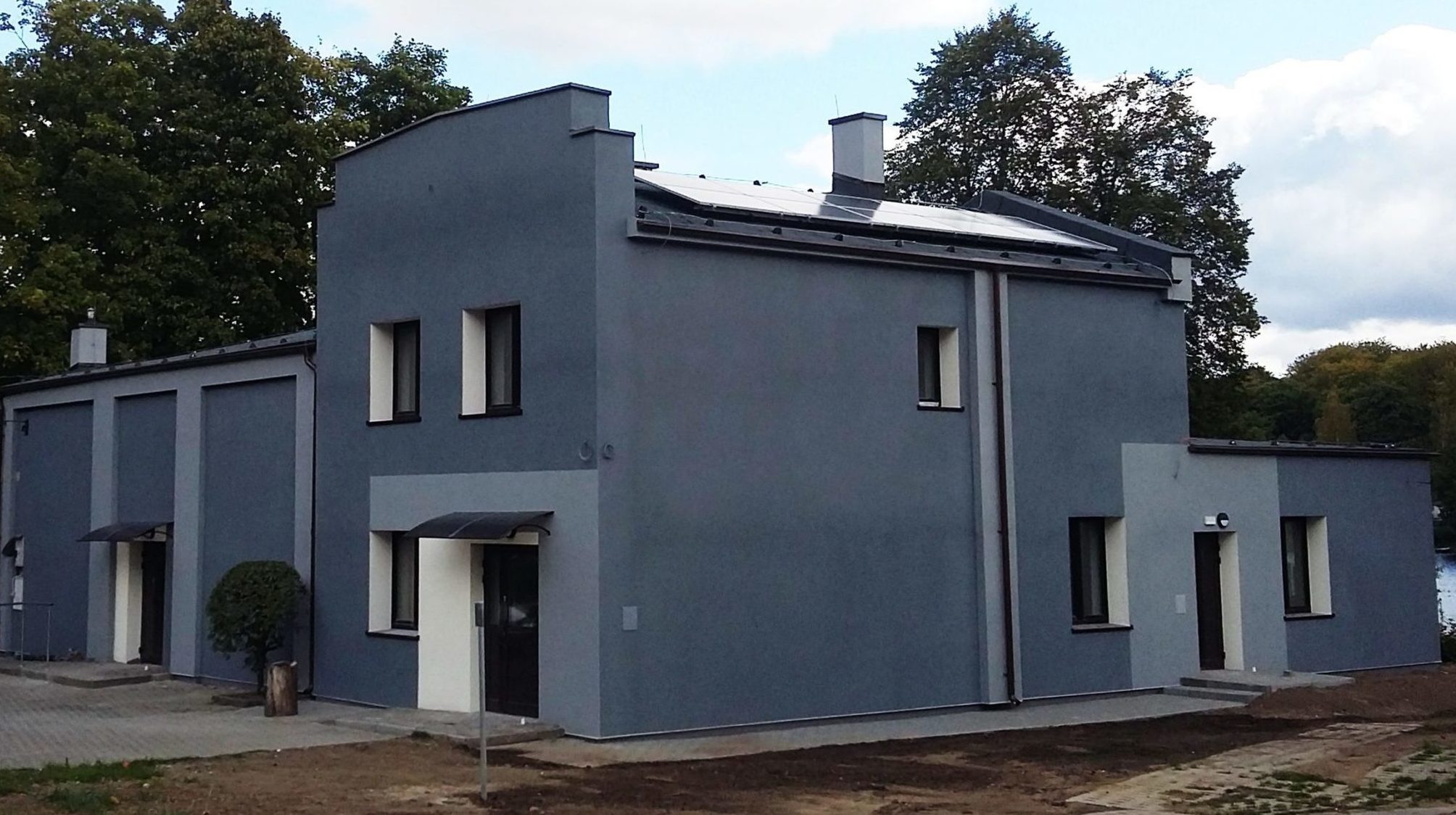 In September 2018, the Thermomodernization of the building of the Municipal Cultural Center in Przywidz was completed. As part of thermomodernization works, the following works were performed:
Standard panel radiators were installed in the building. The exception is the Theater Hall, in which there are 4 fan coil units instead of panel radiators. These devices are built from a heat exchanger with a fan that forces the air to circulate. Thanks to this, the required room temperature is achieved much faster than with a standard heater. In addition, the device also has a cooling function and can be used as an air conditioner, which is its additional advantage. The applied solution also ensured the limitation of the required space for the installed installation. Due to the fact that fan coil units operate with better efficiency, we need much less than standard heaters to heat a given room. Thanks to this, an additional space was gained in the Hall, which also translates into the aesthetics of the installation.
Thanks to the replacement of a solid fuel boiler with a heat pump, the emission of pollutants generated by the heat source to the environment was eliminated, and the operation and operation of the heat source became easier. The installed air heat pump is a reverse pump. This allows the production of chilled water, which is used to cool the room of the theater. The installation of the heat pump works on the glycol circuit, which protects the heat pump against freezing the refrigerant in the event of an electrical failure during frost.
Replacing the old interior lighting with new LEDs and installing solar panels will reduce the cost of electricity. This is particularly important due to the installed heat pump and fan coil units, because electricity is required to operate these devices.
Photos from the implementation: